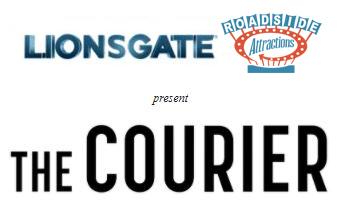 As somebody who lived in the 1960s, Cinema Dave is old enough to remember "James Bond Mania." Sean Connery was the man, but Patrick McGoonan was "Secret Agent Man" and Robert Vaughn was "The Man From U.N.C.L.E". By the time the 1960s ended, everyone knew James Bond favorite martini. The importance of espionage anonymity was not emphasized in these entertainment vehicles. "The Courier" is based on reality and takes place in the early 1960s Cold War tensions.

Wynn is a successful salesman and he knows how to wine, dine and spend a wonderful night with his international clients. Whether it is Broadway or the Russian Ballet, "The Courier" captures of energy of the 1960s before the Beatles invaded America.

The second half of "The Courier" gets darker and more serious. It is like a jigsaw puzzle in which only the audience knows where the pieces go. The tension grows as Penkovsky and Wynn learn about the Soviet Union insert missiles in Cuba, 90 miles south of Miami.

Also serving as an Executive Producer, Benedict Cumberbatch
gives a sincere performance as "The Courier." He is matched every step by Merab Ninidze as Penkovsky. Their last scene together is both painful and redemptive.