Fort Lauderdale, FL (October 26, 2020) The 35th Annual Fort Lauderdale International Film Festival (FLIFF) partners with Coral Ridge Yacht Club (CRYC) for a two-part Land and Sea Soiree on November 12 and November 14. In addition, philanthropist and executive board member, Steven Savor will hold a FLIFF AFTER THE SUNSET Anchor-Out Film and After Party on November 21.

Part “One If By Land” at CRYC takes place Thursday, November 12. FLIFF will turn the CRYC parking lot into a seaside drive-in theater, featuring the sing-along version of the one of the most beloved musical films of all times: GREASE, starring John Travolta and Olivia Newton John. CRYC will provide food and beverage options, available for pre-order at a discount or on the night of at regular prices. Moviegoers who order in advance can have their food delivered to their car.

Gates open at 6:30pm and the film begins at 7:30pm.
TICKETS PER CARLOAD
$35 General Admission
$20 Coral Ridge and FLIFF Members.


Part “Two If By Sea” at CRYC takes place Saturday, November 14 when FLIFF and CRYC turn Sunrise Bay into a Cinema on the Sea for boaters and floaters to enjoy some James Bond favorites on two screens. CASINO ROYALE, starring Daniel Craig, will be presented at 6:30pm on the Atlantis screen and GOLDFINGER, starring Sean Connery, starts at 7:00pm on the Neptune screen. A specially produced “Bond Water Montage” will precede both features. Boats are encouraged to have a James Bond theme—signage, costumes, props, etc. as the Winterfest staff will judge each entry and present awards that evening.

CRYC will provide food and beverage options, available for pre-order at a discount or on the night of at regular prices, and will be delivered by dinghy to your boat or float. For those who don’t have a boat or a float, a limited number of Aquabanas, Kayaks, Canoes, and Paddle Boards will be available to rent in advance.

TICKETS: Pay one flat rate for everyone in your vessel; ticket prices by vessel size and type:

TICKETS: for both Part One and Part Two must be purchased in advance at www.fliff.com Click on “schedule” and filter by boat-in.

The Comeback Trail takes us back to 1974 Hollywood, where two down-on-their-luck movie producers (DeNiro and Braff) find themselves indebted to a crime boss (Freeman). In need of some fast cash, they set-up an aging movie star (Jones) for an insurance scam to try and save themselves. However, they wind up getting more than they bargained for.

Director George Gallo, known for Midnight Run and the Bad Boys films, co-wrote The Comeback Trail with Josh Posner. He also attended FLIFF in 2006 with his semi-autobiographical tale Local Color, for which he received the Jury award for Best Screenplay.

Actress Kate Katzman, a Palm Beach County resident and former Miami model, studied with Burt Reynolds at his prestigious master acting class, and made her debut in Walt Before Mickey in 2015. In The Comeback Trail, Kate portrays Megan Albert, a young female director who convinces the producers that she can do the job. Up next for Kate is the neo-noir drama Adverse, opposite Mickey Rourke, Sean Austin, Penelope Ann Miller and Lou Diamond Phillips, to be released in 2021.

Special Guest and Honoree: Kate Katzman will attend the premiere, where she will receive FLIFF’s “Star on the Horizon” Award.
﻿
When and Where: Due to COVID-19 social distancing safety measures, FLIFF’s Opening film and party will be a two night affair, Nov. 5 and Nov. 6, 7:15pm at Savor Cinema (Ft Lauderdale) and Cinema Paradiso (Hollywood).

The Comeback Trail, from Cloudburst Entertainment, will be released in theaters nationally on November 13. #TheComebackTrail. 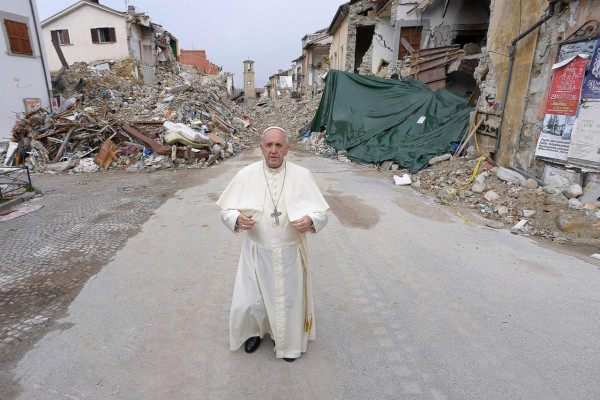 FLIFF’s Centerpiece film is the Florida premiere of the extraordinary documentary film Francesco. With unprecedented access to Pope Francis, Oscar and Emmy-nominated director Evgeny Afineevsky delivers a remarkable look into a leader who provides hope and inspiration during one of the most challenging times of our lives.

With Pope Francis as our guide, Francesco takes an unsparing look at the most pressing issues of the 21st Century: Economic disparity, race and gender inequality, the climate crisis, COVID-19, immigration, and peace and religious tolerance, shining a light on the challenges and consequences that have led us to this moment in time. As we embark on this journey, we discover a leader who demonstrates humility, wisdom and generosity towards all, and whose ideals can help us build a bridge to a better future and thrive as a global community.

Special Guest: Evgeny Afineevsky will attend the premiere and participate in an audience discussion after the film. A reception will follow each screening.

When & Where: Friday, Nov. 13, 7:45pm at Savor Cinema Fort Lauderdale. A reception follows the Q&A outside in the John Mager Courtyard. The second screening of Francesco will be held Sat, Nov. 14, 6:45pm at Cinema Paradiso Hollywood with a wine and cheese reception after the film.

Ancient Caves brings science and adventure together as the film follows Dr. Gina Moseley, a young paleoclimatologist from the United Kingdom, on a mission to unlock the secrets of the earth's climate in the most unlikely of places: caves.

Moseley and her team of cave explorers travel the world exploring vast underground worlds in search of stalagmite samples—geologic "fingerprints"—that reveal clues about the planet's climate history over the last 500,000 years. Their quest leads them to some of the world's most remote caves, both above and below the water, in France, Iceland, the Bahamas, the U.S. and Mexico's Yucatan Peninsula, where they study how rapidly Earth's climate can change, and how it has affected human civilization.

Together, they go where very few humans have ever gone before, revealing the incredible lengths scientists will go to study the unknown. During the past billion years, the Earth's climate has experienced great fluctuations between warm and cold periods. Ice Ages have caused giant glaciers to cover much of the Earth, only to recede, and then come back again.

Only the giant screen can deliver the ultimate experience and adventure of exploring ancient caves around the world to uncover the intriguing history of our planet.

Special Guest: Jonathan Bird will participate in an audience Q&A after each of the three screenings. There will be a reception outside following each post screening Q&A.