Even though I lost my Dad on Columbus Day in 2012, it was not until December 1st that we could arrange his memorial. Dad’s final resting place was to be in Union Springs, Alabama – my Mom’s hometown. Having visited Grandma Watson for several dark, cold Thanksgivings in the 1970s, I anticipated a gloomy service.

Instead we were blessed with an Indian Summer. It was a beautiful weekend full of family, fellowship and football; the Alabama Crimson Tide defeated the Georgia Bulldogs in a thrilling SEC Championship game. My Uncle Tomie hosted the memorial and Uncle Joe purchased some excellent barbecue. Dad’s presence was felt everywhere, it was his kind of day.

My Mom, brother and I departed on Monday, December 3rd and it was announced that a cold front was moving in. We visited Dad’s marker for the last time at the Oak Hill Cemetery, the climate was still heavenly.

As Mom, Carm and I looked at Dad’s flowers, a big Yellow Butterfly circled around us. Mom said,

The yellow butterfly landed on Dad’s flowers, rested for a few seconds and took off into the clouds. A spring miracle that does not occur in winter,Since that moment, Butterflies have caught my attention in so many ways.


When Dad was saying his formal goodbye to me in Hospice, he told me,
“…not to feel sad and that when things are going bad, to have faith and..”

Dad pointed to the ceiling of his hospital room and continued to speak,
“Look up.”

Dad had often told me that he felt closer to God when he was flying. He would watch birds in the sky and would often say that it was his sisters and mother visiting him. He had a great relationship with domestic animals and enjoyed watching documentaries about wild life. Dad would often tell me that there has to be a God because there is a natural order to the wild kingdom.

The Yellow Butterfly made an impression on Mom and me. When the new year began, Eben Alexander appeared on the talk show circuit to promote his book, Proof of Heaven A Neurosurgeon’s Journey into the Afterlife. Featured on the dust jacket is a blue butterfly. Dr. Alexander writes about flying on the wings of the butterfly during his journey in the afterlife. This work of Non Fiction places an importance upon butterflies in the afterlife.

As written in the prologue of the classic 1945 20th Century Classic motion picture The Song of Bernadette, 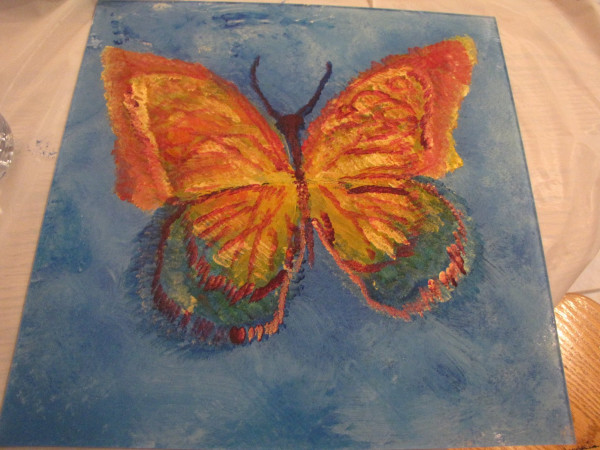 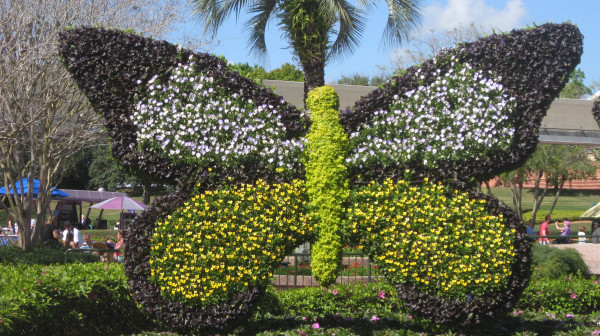