Starting All Saints Day – Nov. 1, and continuing through Nov. 17, the 34th Annual Ft. Lauderdale International Film Festival (FLIFF) will make this November one to remember. This year promises to spotlight the best of our local community and bring back some class act honorees from legendary motion pictures, while retaining a watchful eye on potential trends in the film industry. 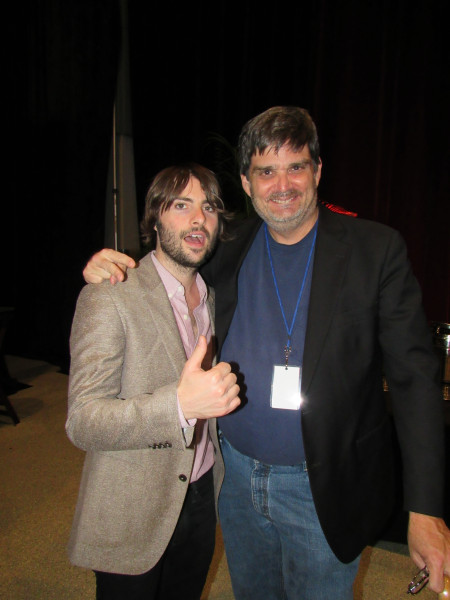 FLIFF will kick things off at The Ft. Lauderdale Museum of Discovery and Science AutoNation IMAX with the documentary Cuba. Besides viewing the sun, surf and shores of Cuba on the six-storey screen, this opening night gala will feature Latin music from Tito Puente Jr. Cinema Dave plans to bend a knee and bust a move that night. Created by Marc Ferman and Igor Shteyrenberg, “Popcorn Frights” will handle the opening night at Savor Cinema in Ft. Lauderdale with a screening of A Nightmare on Elm Street 2: Freddy’s Revenge featuring an appearance from leading man, Mark Patton. For many years considered the runt of the Freddy Krueger series, this nightmare series has developed a cult following for the gay community. Along with dual directors Roman Chimienti and Tyler Jensen, Patton will screen his documentary Scream, Queen! My Nightmare on Elm Street. Popcorn Frights will also host Sam Raimi’s film Drag Me to Hell, featuring Justin Long. Justin Long will be in attendance and will screen his bittersweet comedy, Safe Spaces.

No stranger to the monster movie industry, William Grefe will be honored this season for his contributions to the Florida Motion Picture World. During the 1970s, Grefe’s films could be seen on the Deerfield Beach Wometco Ultravision screen with such titles as Mako: The Jaws of Death, The Godmothers (film debut of Danny Aiello) and Impulse, starring James Bond villain Harold “Odd Job” Sakata and the leisure-suited William Shatner.

As a bit of historical irony, John Wayne’s last movie —The Shootist — screened on the year that Rocky won the Best Picture Oscar in 1976. Alongside Rocky Balboa, Indiana Jones has become the motion picture hero this columnist has most identified with. While Harrison Ford and Sylvester Stallone won’t be in attendance, the actresses who portrayed their girlfriends will take part in the FLIFF festivities — Karen Allen and Talia Shire. Both of them will be screening new projects. 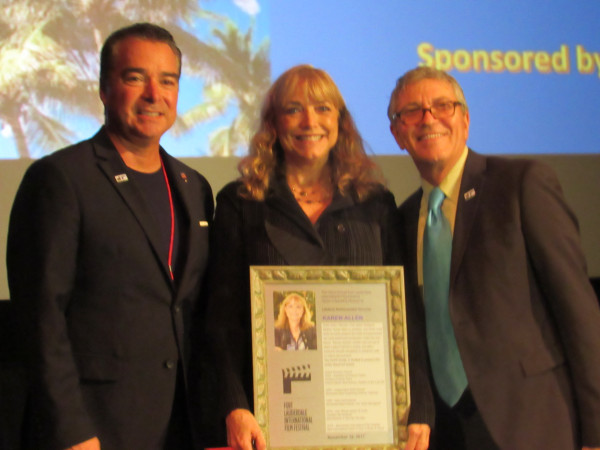 For the closing weekend, From the Vine features Marco (Cinema Paradiso) Leonardi and Joe Pantoliano in a comedy set in the Italian wine country. Like William Grefe, Karen Allen and Talia Shire, Joe Pantoliano has been honored in the past and is returning to our annual FLIFF party.

As film fads fade away, FLIFF survives and thrives through the chemistry of respecting tradition with an eye on the infinite future. Yet FLIFF has never lost sight of the humanity of the ticket buyer. In my two decades of covering FLIFF, this festival is at its best when it provides a vacation from the ordinary film. For more info, visit www.fliff.com.