While best known for portraying "Marty" in the **Pirates of the Caribbean** movies, actor/stuntman Martin Klebba portrayed "the pteranodon" in **Jurassic World.** Wearing "motion capture pajamas,* Klebba was injured when actor Chris Pratt through him across the studio. Shaking it off, Klebba repeatedly performed the same stunt in what became a very memorable scene from the movie. 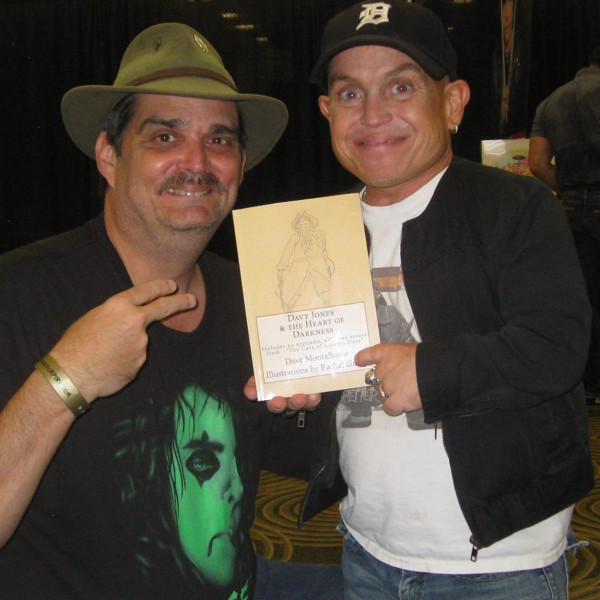 For those who have been reading my column for over fifteen years, know that I am not going to give **Jurassic World** a bad review. It has everything a summer blockbuster movie is supposed to have; action, adventure, romance and humor. I am certain when I see the film again, I will get really annoyed by some of the story flaws ( Really - two Afghanistan Veterans would entrust their lives to a pilot without an aviation license?), but overall I am pleased that this film has been breaking box office records. **Jurassic World** offers something for everyone.

It has been twenty two years since visionary John Hammond opened **Jurassic Park.** The designer flaws had been minimized and the dinosaur park has expanded into **Jurassic World.** As entertainment parks become more competitive, so does the need to draw new customers, thus creating a new exhibit - the Indominus Rex - a genetic Frankenstein monster made of predatory dinosaur DNA. When things go chaotic, animal expert Owen Grady (Chris Pratt) is called upon to tame the Idominus Rex. Despite being an animal expert, the administrative brain trust ignore Grady's wisdom and the situation gets worse.

One standout scene involves Pratt's battle with a pteranodon, a hybrid bird with a tyrannosaurus rex cranium. While the scope of the scene is epic, it is the small details that make this scene nerve racking and dangerous.

Even the night time climax is presented with visual clarity, depending on where one sits. I was fortunate enough to see **Jurassic World** at the **Fort Lauderdale Museum of Discovery and Science IMAX Theater** where the dinosaurs were actual size on a five story movie screen. I've heard reports that at some screenings, people could not see the dinosaur's heads on smaller screens.

Leaving the IMAX screen and walking into a natural science museum will create an impression for young people. The giant megadon not withstanding, one can learn from interpretive representatives like Emily, who explains the zoology of the horseshoe crab, a species that lived in the Jurassic Age.
Collapse