**Belle** opens **PBiFF 19** , an English drama about royal racism.  Belle (Gugu Mbatha-Raw) is the illegitimate daughter of a Royal Navy Admiral.  Raised with privilege by her uncle Lord Mansfield, Belle finds certain doors closed to her because of the color of her skin.  The cast includes two **Harry Potter** veterans (Emily Watson, Tom Felton) and Tom Wilkinson.

While the dialogue contains some pithy comets about human rights and race issues, this costume drama suffers from claustrophobic scenes that become repetitious.

When it was announced that Mickey Rooney had passed away last Sunday, one realizes the cultural impact of the **Palm Beach International Film Festival** to our local community.   From the **Andy Hardy** and **My Friend Flicka** movies to the original **Night of the Museum** and **The Muppets,** Mickey Rooney's name was known by both young and old.  Mirockey Rooney's career truly represents the Golden Age of Hollywood.

**Broadway Beyond the Golden Age** is part 2 of a trilogy of Rick McKay's **Broadway the Golden Age** trilogy.  Eleven years ago, Rick McKay screened his work in progress at the **8th Annual Palm Beach International Film Festival.** With Fay Wray as his trusty consort, **Broadway the Golden Age** earned it's first festival award.  One can find **Broadway the Golden Age**  on regular rotation on PBS Fundraising Drives.
**Broadway the Golden Age** is a great documentary that should be shown in all performing arts schools, for the people who were interviewed are now considered legends of the great white way; Marlon Brando, Ethel Merman, Kim Hunter.  With his non fussy camera work creating an intimate experience between subject and interviewer, Rick McKay conducted some great interviews with Bea Arthur, Carol Burnett and Gwen Verdon.  **Broadway the Golden Age** reminded us about forgotten heroes like John Raitt, who was the original voice in the first Rogers & Hammerstein musicals.  John Raitt is best known today as Bonnie Raitt's daddy.
**Broadway Beyond the Golden Age** covers the next generation of Broadway.  It is the late seventies and mid eighties, a dark time on the great white way.  Theaters are closing and buildings are going into disrepair.  In these days of economic malaise, performers either bond or find new career options in either film or television.
Meet Bob Fosse.  With his Oscar for his direction of **Cabaret** and his Emmy for the television special **Liza with a Z,** Fosse went on to garner the Tony Award for **Pippin,** which made Ben Vereen a star and featured Irene (**Berverly Hillbillies's** Granny) Ryan's last performance. **Pippin** was not a success, but Fosse decided to think out of the box, he directed his own television commercial featuring 30 seconds of the show.  At the end of the commercial, the announcer said, "If you want to see the rest of two hour and thirty second show, come to the Mayfair Theater on Broadway,"  The rest is legend.
Robert Morse, Robert Redford, Dick Van Dyke and Chita Rivera share some great backstage stories about productions that succeed and opening nights that bombed.   The cast of **Ain't Misbehaving** share stories about racism and hailing a taxi, that become comedic in it's absurdity.   Of course, the only way to end **Broadway Beyond the Golden Age** is with a grand finale. The story about the longevity of  **A Chorus Line** certainly qualifies as a graceful exit.
Let's not forget that the **Palm Beach International Film Festival** is about the future.  Tonight Jason Priestly makes his directorial debut at the CinemaMark Palace in Boca Raton.  Let's not forget the teenager that I used to work the red carpet with a decade ago. That young man  has been the camera man for some of the biggest blockbusters of recent history, **Marvel's The Avengers,** **Thor the Dark World** and **Captain America the Winter Soldier.**  Kudos to Jeremy Emmerman, **Deerfield Beach High School** graduate. 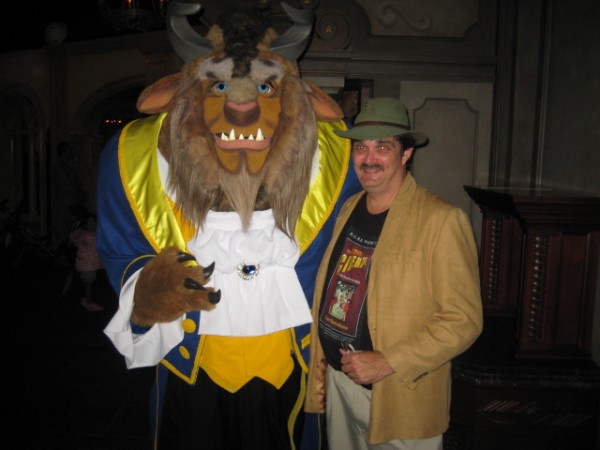 As one could tell this year, "The Lenten Blog" did not go as planned. including the wonder self promotion of being nominated for a Rondo Hatton Award.
Collapse