As the Wolverine, Hugh Jackman burst upon the celluloid screen 13 years ago in **X Men** directed by Bryan Singer. Much like John Ford's influence in developing John Wayne's image, Singer presented Jackman as an iconic leading man for the 21st century. For an unknown Australian song & dance man, Jackman has become a durable leading man.

**The Wolverine** is Jackman's 6th appearance as Logan, alias "Wolverine." While this is a standalone movie, **The Wolverine** takes place after the events of **X Men The Last Stand** and before next Summer's future blockbuster - **X Men Days of Future Past.** Stick around during **The Wolverine's** closing credits for the exciting movie teaser.

**The Wolverine** opens with a depressed Logan, the ultimate soldier cursed with eternal life. In his long existence, Logan keeps losing the loves of his life. Recently Jean Grey (Famke Janssen) died at his hand and the guilt has caused Logan to become a hermit in the Canadian woods.

Enter Yukio (Rila Fukushima), an employee of Yashida (Hal Yamanouchi), a dying industrialist whom Logan rescued from the atomic bomb blast at Nagasaki. Yashida would like to offer Wolverine the gift of death.

With such a serious theme in the background, **The Wolverine** could have been bogged down with theories and theology. Fortunately director James Mangold has directed a visual treat, one feels like they are roaming the Morikami Gardens. The action sequences are directed with visual clarity, most notable is the creative detail utilized during a fight sequence aboard the bullet train racing at 300 mph. 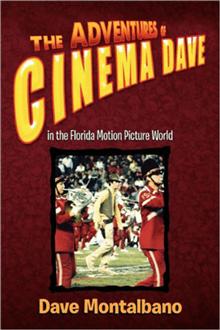 In 2010, Cinema Dave completed his 6652 page epic,
"The Adventures of Cinema Dave in the Florida Motion Picture World."

This book is availiable through Amazon.com, Barnes & Noble and Xlibris - http://bookstore.xlibris.com/Products/SKU-0035633049/The-Adventures-of-Cinema-Dave-in-the-Florida-Motion-Picture-World.aspx 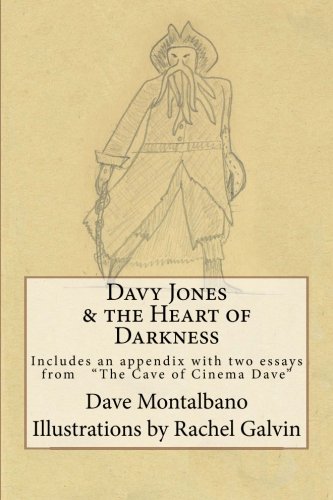 Cinema Dave has been away from his Live Journal to complete his latest book, a novella with essays titled - "Davy Jones & the Heart of Darkness," which he did in partnership with Rachel Galvin. Today this 140 page book is available through Amazon.Com today and here is the link; http://www.amazon.com/Davy-Jones-Heart-Darkness-appendix/dp/0989513408/ref=sr_1_1?ie=UTF8&qid=1375306828&sr=8-1&keywords=Davy+Jones+%26+the+Heart+of+Darkness

If you purchase both "Davy Jones & the Heart of Darkness" AND "The Adventures of Cinema Dave in the Florida Motion Picture World," shipping is FREE !