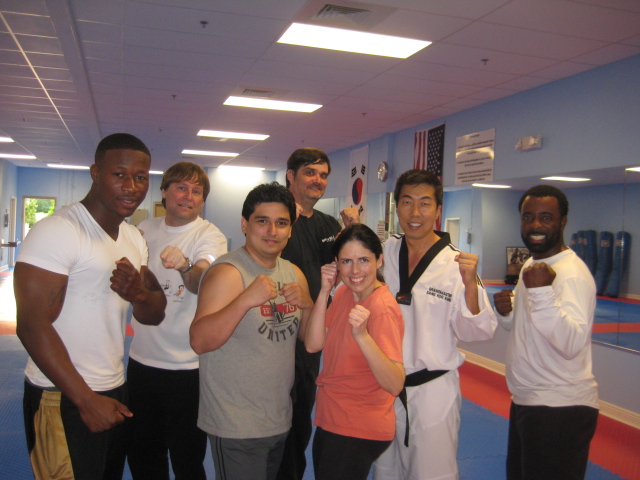 A picture is worth a thousand words, but Master Sang's class was a solid 45 minute work out in self defense. The joy on the student's faces radoated joy through hard work and discipline. 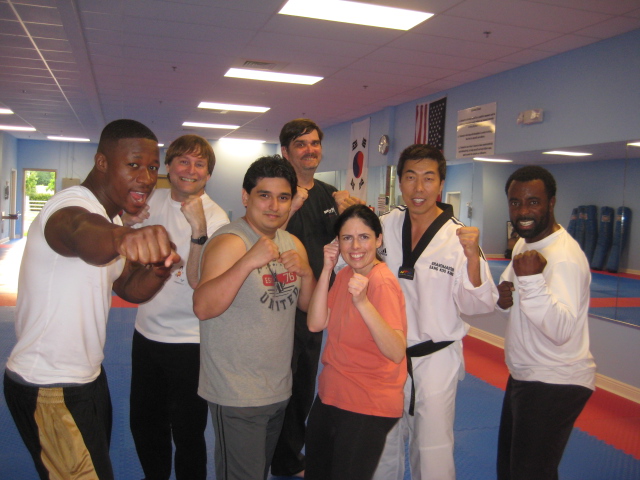 While Master Sang's technique is not "Kung Fu," one can share the joy with this Hit from 1974.

To preserve the impact of pity and fear, it is best
not to know much about the original **The Wicker Man**
before seeing it. It is safe to say that the film
stars Edward Woodward, Britt Ekland, Diane Cilento,
Ingrid Pitt and Christopher Lee as Lord Summerisle,
a charming baritone in love with his culture.

The
late Paul Giovani provided a musical score gleaned
from the wicca oral traditions. The butcher, the
baker and the candlestick maker put in appearances
and give the film a satirical and stereotypical tone,
much like Pinnochio join the circus and watching
his playmates become donkeys – you can party all you
want, but sometimes there are dues to pay in the morning.

Sir Christopher Lee lost money making "The Wicker Man,"
but it is the film he is proud to be associated with.

Hollywood has been releasing a series of horror movie remakes of
exploitation flicks from the 1970s. Recently,
Nicholas Cage produced and starred in **The Wicker
Man,** a remake of a cult flick from thirty five years
ago.

Suffice to say, the politically correct remake lacks
the soul, the intelligence and therefore the dread of
the original motion
picture.

Despite such a creepy trailer, this version of "The Wicker Man" has become a comic YouTube sensation and has done much to diminish Nicholas Cage's serious career.

In fact, this film has

"The Wicker Tree" has a long production history.
Writer/Director Robin Hardy wrote "Cowboys for Christ" as the spiritiual continuation of "The Wicker Man." The book received scant publishing in the United States.

Undeterred, Hardy intended to recast Christopher Lee and Joan Collins as the patriarch and patriarch of a Scottish town. Lee injured his back and production was delayed. Eventually Hardy offered Lee a cameo role as "the Old Man," who may or may not be Lord Summerisle from the previous movie.

Despite his protests about how horrible Nicholas Cage's "Wicker Man" was, "The Wicker Tree" seems to have more in common with Cage's remake than it does the original version.

The one consistent thing about Robin Hardy's "Wicker" series is the beautiful music that is utilized as both a soundtrack and as a storytelling device.

There is talk about a third movie in Robin Hardy's "Wicker Man Trilogy" that is to involve the Nordic Religions and the end of the world as we know it.