Seven years of blogging and thirteen years with the Observer Online Newspaper, this is the most important article that Cinema Dave has ever written;

The **27th Annual Fort Lauderdale International Film Festival(**FLiFF 27**)** will present the "Star on The Horizon Award" to 12 year-old actress and Fort Lauderdale native, Bailee Madison, who has had featured roles in **Bridge to Terabithia,** **Don't Be Afraid of the Dark** and will be seen in **Parental Guidance** to open this Christmas.

Madison will receive her award at the October 21st, 3:00pm screening of **Cowgirls N' Angels** at Sunrise Civic Center Theater. Madison stars as a rebellious girl who dreams of finding her father. Along the way, she makes friends with trick horse riders on the rodeo circuit.

On Sunday, September 23rd, Madison sold lemonade to raise money for Breast Cancer Awareness at the **in Synch Cut-A-Thon** on Imperial Point Shopping Plaza 5975 North Federal Highway in Fort Lauderdale from 11am to 4pm. 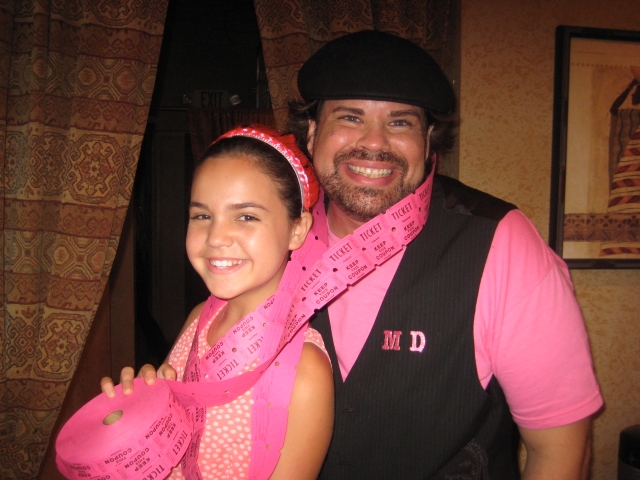 Between making movies and school work, Bailee has been devoting her free time to **Alex’s Lemonade Stand**, an organization that encourages children nationwide to raise money to find a cure for childhood cancer through running their own lemonade stands. For more details about this street party called **Kiss Breast Cancer Goodbye,** call **in Synch Body Works** at 954 491 4961. 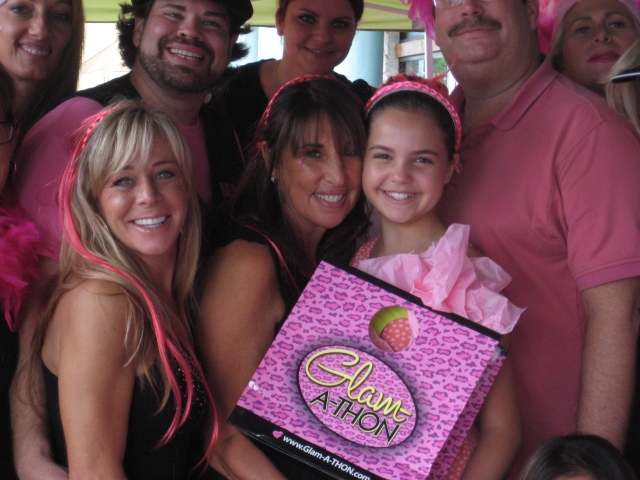 As certain as the turning of the earth and Seminole/Hurricane football rivalry in October, **The Fort Lauderdale International Film Festival** begins it's 27th season next week. Despite cost cutting measures, **FLiFF 27** will return to a sense of glamour not seen in South Florida in three years.

The Opening Night Gala sponsored by Entres Nous will be held at Gulfstream Village in Hallandale starting 7:30 PM. Many independent film makers will be in attendance. **FLiFF 27** has revealed that James Caan will be in attendance. Caan worked with John Wayne in **El Dorado** and was the hot tempered Sonny Corleone in **The Godfather** series. Caan's resume has lived up to his original promise from the 1960s.

Locally **FLiFF27** returns to Muvico Pompano for it's second year. Monster mavens will be excited to know that George Romero's original **Night of the Living Dead** will be exclusively screened in remaster 3-D Halloween weekend.
Read - http://www.adventuresofcinemadave.com/

For young people and families, this Saturday Matinee features **Sammy 2 Escape from Paradise.** A hit at the recent Cannes Film Festival, **Sammy 2** is a sequel to animated Belgium film **A Turtle's Tale.** While protecting a bed of hatch lings from the ocean floor, Sammy and his sidekick Ray are captured and sentenced to an aquarium at a swanky restaurant. According to **FLiFF 27** Director Gregory Von Hausch, the 3 D animation for **Sammy 2**is spectacular with a funny and endearing story.

**The Sapphires** is the selected opening night film for **FLiFF 27.** Set in 1968 at the time of the Robert Kennedy/Martin Luther King assassinations, **The Sapphires** is about four young women from a remote Aboriginal Mission who become musical rivals to Diana Ross and the Supremes. Set in the backdrop of the Vietnam War, **The Sapphires** features pure soul music from the 1970s in full Dolby Digital Sound.

Some of the best films this year are about music. Be on the lookout for the following toe tapping documentaries on the big screen; **David Bromberg, Unsung Treasure** - a musician who collaborated with George Harrison and Bob Dylan. Narrated by Bromberg, **Unsung Hero** features historical black & white celluloid.